The first solo recordings of Magda, from 2002, available now in a limited digipack edition.

The CD “Make Your Spirit Fly” presents ten acoustic songs recorded live (but without the audience) in 2002.
Eight of them were recorded in Wrocław where the line-up was the following:
Magda Piskorczyk – vocal and acoustic guitar; Krzysztof Imiołczyk – piano; Paweł Zając – acoustic guitar; Andrzej Rojek – sax; Marcin Spera – double bass.

Two other songs were recorded in PiK Radio in Bydgoszcz, where Magda was accompanied only by Michał Kielak on harmonica.

The new digipack adition was released by Krakowskie Klimaty Muzyczne Record Label  and sponsored by The European Society of Surgery, which prepared also a special edition of the album for the 2017 Annual Meeting of the society.

The CD can be ordered only during concerts and in our store: 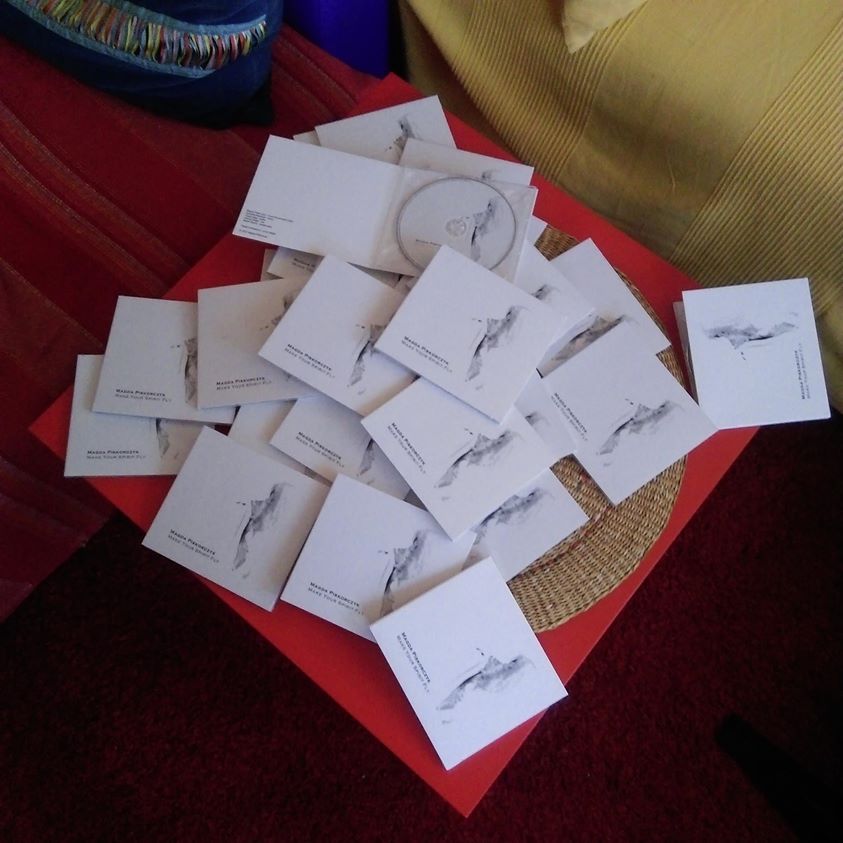