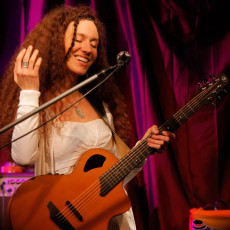 She is a two-time semi-finalist of the biggest blues competition in the World, International Blues Challenge in Memphis, USA. 7 times chosen as the Vocalist of the Year by readers of the Polish blues quarterly. Three-time nominee (album of the year for CD’s, “Magda Live”, “Afro Groove” and “Mahalia”) to the Fryderyk Award, the most important and prestigious award of the Polish Phonographic Industry.

Magda has released six CDs including:

“Mahalia” – studio album prepared in Honor of Mahalia Jackson celebrating the 100th Birthday Anniversary of the Queen of Gospel;

Three CDs: “Magda Live”, “Afro Groove” and “Mahalia”
have been nominated to the Fryderyk Award, the most prestigious award of the Polish Phonographic Industry. 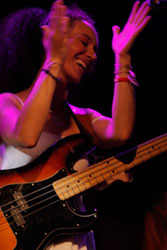 is her tasteful arrangements of funk, blues, gospel, soul, rock and jazz classics and her own original compositions as well. Despite her music being deeply set in the African-American tradition, it is very personal and innovative at the same time. Joy and humour, great emotions and energy are mixed with deep messages, melancholy and moving sincerity. An unusual, very expressive usage of voice and perfectly matched sounds of guitars, a Hammond organ, a saxophone, percussion or other instruments make this music unique and captivating. Magda is known for the excellent contact with the audience, which is alternately involved in spontaneous amusement (collective singing, emotional shouting, hand-clapping or snapping their fingers) and deep reflection. She has performed with many famous musicians, such as Bob Margolin, Bob Brozman, Seckou Keita, Greg Zlap, Michal Urbaniak, Wojciech Karolak, Organek, Rita Engedalen, Slidin’ Slim and Engerling group. In Summer 2010 she gave 22 concerts with harmonica virtuoso, Blues Award Winner Billy Gibson.

In 2011 Magda prepared a special gospel program “In Honor of Mahalia Jackson” with her versions of songs known from Mahalia’s records. She has performed gospel and spiritual songs many times in Poland, Germany, Sweden, Hungary and France. In 2008 she gave a series of concerts with her band at the City Sings Gospel Festival in Liverpool. There she performed also at the Hope Street Festival and during the final concert in the Metropolitan Cathedral, broadcast by the BBC Radio.
More about Mahalia Jackson

Musicians and media about Magda

She’s a great future for the music. She’s a great, great musician with very good groove and sense of music.
Bob Brozman after the concert with Magda at Dobrofest Trnava

I can hardly wait to see this lady live on stage!
Bobtje’s Blues Pages, Holland

That young and from Eastern Europe! Excellent! She is better than some Americans!”
Rev. Rabia from Berkeley, USA, American blues singer

Blues from Poland? Possibly the last place you’d expect to hear blues coming from. Magda Piskorczyk has a great bluesy voice, and you’d never guess that she was from Eastern Europe – although you might guess at Mississippi or Tennessee.
Terry Clear, Blues Bytes

Magda is an excellent, deep-voiced singer – her voice is somewhere between Koko Taylor, Charley Patton, Sister Rosetta Tharpe and Tommy Johnson) – capable of tackling well-known blues, jazz and gospel numbers alongside more contemporary songs from the pens of Jacques Brel, Paul Rodgers (‘Muddy Water Blues’ is a wonderful performance) and Tracy Chapman, and her style is distinctive, individual and unusual. So too are her arrangements, which certainly avoid the obvious and although they are acoustic-based, can be extremely powerful…
Norman Darwen about CD “Magda Live”, Blues Art-Journal 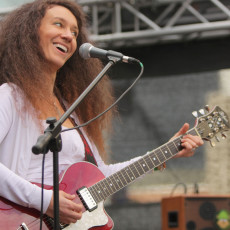 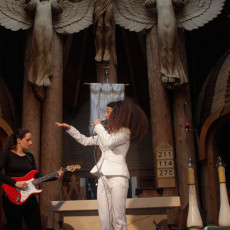 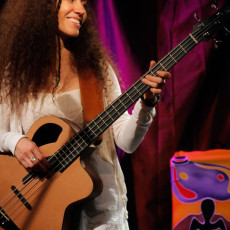 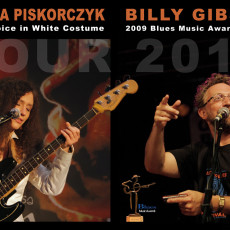 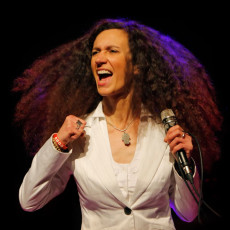 As a guest and special projects:

The Jam Session Band “One Night At Satyrblues Live“, 2003

Magda has given shows at many international fests, such as: